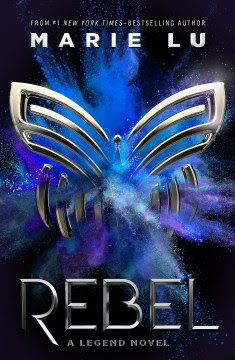 Eden Wing may be a top student at his academy in Ross City, Antarctica, but most people still know him only as Daniel Wing's little brother. A decade ago, Daniel was known as Day, the boy from the streets who led a revolution that saved the Republic of America. But these days, he's all to ready to leave his past behind. As the two brothers struggle to accept who they've each become, a new danger creeps into the distance that's grown between them, and Eden soon finds himself drawn so
far into Ross City's dark side, even his legendary brother can't save him. At least, not on his own . . . 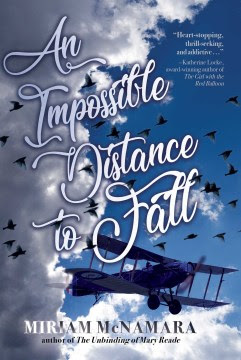 An Impossible Distance to Fall
by Miriam McNamara

A story about falling—falling from grace, falling in love—as well as soaring to heights you wouldn’t know were possible if you never stepped out into thin air. It’s 1930, and Birdie William’s life has crashed along with the stock market. Her father’s bank has failed, and worse, he’s disappeared along with his Jenny biplane. When Birdie sees a leaflet for a barnstorming circus with a picture of Dad’s plane on it, she goes to Coney Island in search of answers. The barnstorming circus has lady pilots, daredevil stuntmen, fire-spinners, and wing walkers, and Birdie is instantly enchanted—especially with a girl pilot named June. Birdie doesn’t find her father, but after stumbling across clues that suggest he’s gone to Chicago, she figures she’ll hitch a ride with the traveling circus doing what she does best: putting on a convincing act and insisting on being star of the show. But the overconfidence that made her belle of the ball during her enchanted youth turns out to be far too reckless without the safety net of her charmed childhood, and a couple of impulsive missteps sends her and her newfound community spinning into freefall. 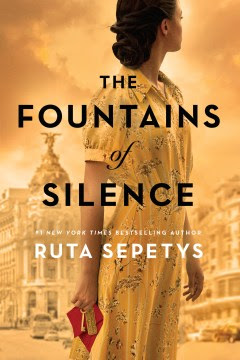 The Fountains of Silence
by Ruta Sepetys

Madrid, 1957. Tourists and foreign businessmen flood into Spain under the welcoming guise of sunshine and wine while Spanish citizens are gripped by a dark secret. Daniel Matheson, the son of an oil tycoon, hopes to connect with the country of his mother's birth through the lens of his camera. Photography -and fate - introduce him to Ana, a hotel maid, whose family is suffering under the fascist dictatorship of General Franco. Daniel and Ana's lives and hearts collide as they unite to uncover the hidden darkness within the city - a darkness that could engulf them all. . . Master storyteller Ruta Sepetys once again shines light into one of history's darkest corners in this epic, heart-wrenching novel about identity, unforgettable love and the hidden violence of silence. 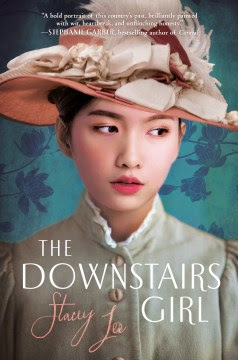 The Downstairs Girl
by Stacey Lee

Jo Kuan is leading a double life. By day, she works as a quiet lady's maid, but by night, she's the voice behind the most radical advice column in 1890s Atlanta. Jo is used to living life on the margins - invisible except for the occasional looks of disdain - but she won't let it hold her back. While her priority is making sure that she and her father, Old Gin, remain safe in their hideaway beneath a print shop, she still has ambition. And strong opinions of her own that she begins to share in a newspaper advice column under the pseudonym 'Miss Sweetie'. Suddenly, all of Atlanta is talking about her ideas, although little do they know that the witty advice comes from a penniless Chinese girl. As curiosity about Miss Sweetie mounts, Jo's secret identity may not stay secret for much longer. And as she learns more of the hard truths about her identity and her country, she must find the courage to decide between being herself or staying invisible . . . 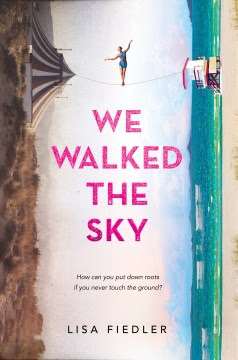 We Walked the Sky
by Lisa Fiedler

In 1965 seventeen-year-old Victoria, having just escaped an unstable home, flees to the ultimate place for dreamers and runaways--the circus. Specifically, the VanDrexel Family Circus where, among the lion tamers, roustabouts, and trapeze artists, Victoria hopes to start a better life. Fifty years later, Victoria's sixteen-year-old granddaughter Callie is thriving. A gifted and focused tightrope walker with dreams of being a VanDrexel high wire legend just like her grandmother, Callie can't imagine herself anywhere but the circus. But when Callie's mother accepts her dream job at an animal sanctuary in Florida just months after Victoria's death, Callie is forced to leave her lifelong home behind. Feeling unmoored and out of her element, Callie pores over memorabilia from her family's days on the road, including a box that belonged to Victoria when she was Callie's age. In the box, Callie finds notes that Victoria wrote to herself with tips and tricks for navigating her new world. Inspired by this piece of her grandmother's life, Callie decides to use Victoria's circus prowess to navigate the uncharted waters of public high school. Across generations, Victoria and Callie embrace the challenges of starting over, letting go, and finding new families in unexpected places.
Posted by Raritan Public Library at 12:00 PM No comments: