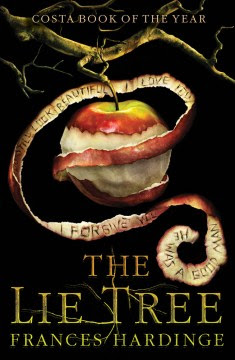 The Lie Tree
by Frances Hardinge

Faith Sunderly leads a double life. To most people, she is reliable, dull, trustworthy—a proper young lady who knows her place as inferior to men. But inside, Faith is full of questions and curiosity, and she cannot resist mysteries: an unattended envelope, an unlocked door. She knows secrets no one suspects her of knowing. She knows that her family moved to the close-knit island of Vane because her famous scientist father was fleeing a reputation-destroying scandal. And she knows, when her father is discovered dead shortly thereafter, that he was murdered. In pursuit of justice and revenge, Faith hunts through her father’s possessions and discovers a strange tree. The tree bears fruit only when she whispers a lie to it. The fruit of the tree, when eaten, delivers a hidden truth. The tree might hold the key to her father’s murder—or it may lure the murderer directly to Faith herself. (from Amazon.com) 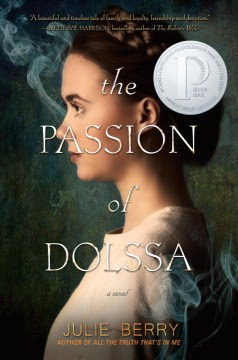 The Passion of Dolssa
by Julie Berry

Medieval France: Dolssa is an upper-crust city girl with a secret lover and an uncanny gift. Branded a heretic, she’s on the run from the friar who condemned her mother to death by fire, and wants Dolssa executed, too. Botille is a matchmaker and a tavern-keeper, struggling to keep herself and her sisters on the right side of the law in their seaside town of Bajas. Their lives collide when Botille rescues a dying Dolssa and agrees to conceal her in the tavern. Aided by her sisters and Symo, her surly but loyal neighbor, Botille nurses Dolssa back to health and hides her from her pursuers.  But all of Botille’s tricks, tales, and cleverness can’t protect them forever, and when the full wrath of the Church bears down upon Bajas, Dolssa’s passion and Botille’s good intentions could destroy the entire village. (from Amazon.com) 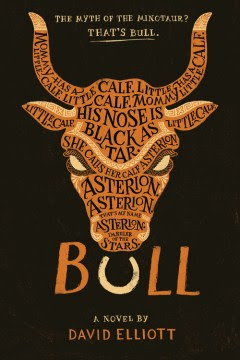 Much like Lin-Manuel Miranda did in Hamilton, the New York Times best-selling author David Elliott turns a classic on its head in form and approach, updating the timeless story of Theseus and the Minotaur for a new generation. A rough, rowdy, and darkly comedic young adult retelling in verse, Bull will have readers reevaluating one of mythology's most infamous monsters.
Posted by Raritan Public Library at 7:19 PM No comments: