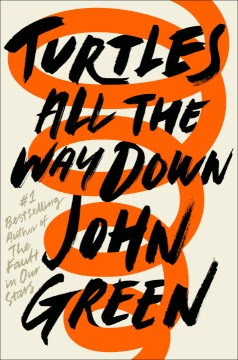 Turtles all the Way Down
by John Green

Sixteen-year-old Aza never intended to pursue the mystery of fugitive billionaire Russell Pickett, but there’s a hundred-thousand-dollar reward at stake and her Best and Most Fearless Friend, Daisy, is eager to investigate. So together, they navigate the short distance and broad divides that separate them from Russell Pickett’s son, Davis. Aza is trying. She is trying to be a good daughter, a good friend, a good student, and maybe even a good detective, while also living within the ever-tightening spiral of her own thoughts. In his long-awaited return, John Green, the acclaimed, award-winning author of Looking for Alaska and The Fault in Our Stars, shares Aza’s story with shattering, unflinching clarity in this brilliant novel of love, resilience, and the power of lifelong friendship. 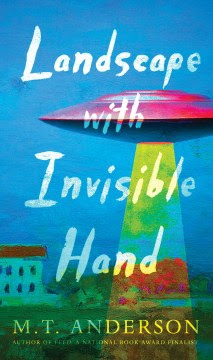 National Book Award winner M. T. Anderson returns to future Earth in a sharply wrought satire of art and truth in the midst of colonization. When the vuvv first landed, it came as a surprise to aspiring artist Adam and the rest of planet Earth — but not necessarily an unwelcome one. Can it really be called an invasion when the vuvv generously offered free advanced technology and cures for every illness imaginable? As it turns out, yes. With his parents’ jobs replaced by alien tech and no money for food, clean water, or the vuvv’s miraculous medicine, Adam and his girlfriend, Chloe, have to get creative to survive. And since the vuvv crave anything they deem "classic" Earth culture (doo-wop music, still-life paintings of fruit, true love), recording 1950s-style dates for the vuvv to watch in a pay-per-minute format seems like a brilliant idea. But it’s hard for Adam and Chloe to sell true love when they hate each other more with every passing episode. Soon enough, Adam must decide how far he’s willing to go — and what he’s willing to sacrifice — to give the vuvv what they want. The Last Letter
by Susan Pogorzelski

Write one last letter. That's what fifteen-year-old Amelia's psychologist says when she tells him about her time capsule--a My Little Pony lunchbox she's buried in the backyard garden after listening to the preacher on the corner shout about the end of times. One last chance to leave her mark when the world's been shaken to its core by a national tragedy not even the preacher sees coming.One last story of humanity's ability to endure, like in all those historical disasters her mother recites like fairy tales. One last reminder of her existence, when her illness has turned her into such a ghost of her former self, one more exhale is all it will take before she disappears completely.One last letter to tell the world how she's lived and who she's loved and what she's trying to survive. 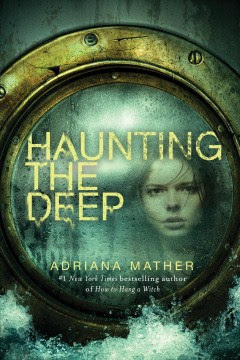 Haunting the Deep
by Adriana Mather

Samantha Mather knew her family’s connection to the infamous Salem Witch Trials might pose obstacles to an active social life. But having survived one curse, she never thought she’d find herself at the center of a new one. This time, Sam is having recurring dreams about the Titanic . . . where she’s been walking the deck with first-class passengers, like her aunt and uncle. Meanwhile, in Sam’s waking life, strange missives from the Titanic have been finding their way to her, along with haunting visions of people who went down with the ship. Ultimately, Sam and the Descendants, along with some help from heartthrob Elijah, must unravel who is behind the spell that is drawing her ever further into the dream ship . . . and closer to sharing the same grim fate as its ghostly passengers. 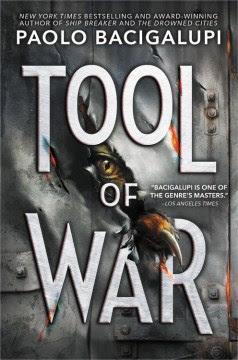 Tool of War
by Paolo Bacigalupi

Tool, a half-man/half-beast designed for combat, is capable of so much more than his creators had ever dreamed. He has gone rogue from his pack of bioengineered "augments" and emerged a victorious leader of a pack of human soldier boys. But he is hunted relentlessly by someone determined to destroy him, who knows an alarming secret: Tool has found the way to resist his genetically ingrained impulses of submission and loyalty toward his masters... The time is coming when Tool will embark on an all-out war against those who have enslaved him. From one of science fiction's undisputed masters comes a riveting page-turner that pulls no punches.  This third book in a major series by bestselling science fiction author, Paolo Bacigalupi. 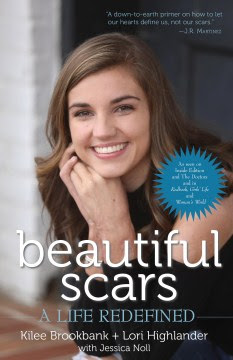 A moment can change everything...Kilee Brookbank was a typical sixteen-year-old, thinking about school and hanging out with her friends. But her last ordinary day erupted in an explosion that consumed her house, burning forty-five percent of her body and sending her to the very brink of death. After thirty-eight days of surgeries, skin grafts, perpetual physical therapy, and excruciating pain, she had to discover how to live again. When Kilee returned home, she had to find a new normal, relearning how to tie her shoes, put on her makeup, and even turn a doorknob. Each day, she had to make choices that would define who she was and who she would become. With unwavering support from her mom, Lori, and the rest of her family, Kilee faced her journey with determination, strength, and a positive attitude that inspired not only her community, but people around the world. Now a thriving college student, Kilee has become an author, advocate, and philanthropist focused on helping other young burn survivors and their families. Told together by Kilee and Lori, Beautiful Scars is a story of recovery, healing, and hope, reminding us all that we're never powerless, never alone, and that each challenge we face helps make us the people we are meant to be.... It's what you do with each moment that defines you.
Posted by Raritan Public Library at 5:16 PM No comments: