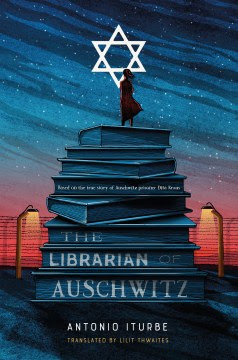 The Librarian of Auschwitz
by Antonio Iturbe

Based on the experience of real-life Auschwitz prisoner Dita Kraus, this is the incredible story of a girl who risked her life to keep the magic of books alive during the Holocaust. Fourteen-year-old Dita is one of the many imprisoned by the Nazis at Auschwitz. Taken, along with her mother and father, from the Terezín ghetto in Prague, Dita is adjusting to the constant terror that is life in the camp. When Jewish leader Freddy Hirsch asks Dita to take charge of the eight precious volumes the prisoners have managed to sneak past the guards, she agrees. And so Dita becomes the librarian of Auschwitz. Out of one of the darkest chapters of human history comes this extraordinary story of courage and hope. 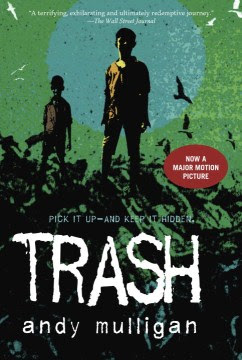 In an unnamed Third World country, in the not-so-distant future, three “dumpsite boys” make a living picking through the mountains of garbage on the outskirts of a large city. One unlucky-lucky day, Raphael finds something very special and very mysterious. So mysterious that he decides to keep it, even when the city police offer a handsome reward for its return. That decision brings with it terrifying consequences, and soon the dumpsite boys must use all of their cunning and courage to stay ahead of their pursuers. It’s up to Raphael, Gardo, and Rat—boys who have no education, no parents, no homes, and no money—to solve the mystery and right a terrible wrong. Andy Mulligan has written a powerful story about unthinkable poverty—and the kind of hope and determination that can transcend it. With twists and turns, unrelenting action, and deep, raw emotion, Trash is a heart-pounding, breath-holding novel.--www.goodreads.com
Posted by Raritan Public Library at 12:31 PM No comments: