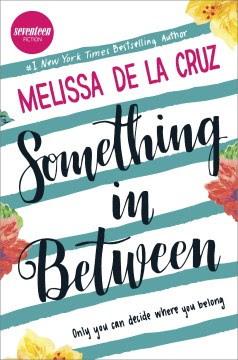 Something In Between
by Melissa De La Cruz

asmine de los Santos has always done what's expected of her. Pretty and popular, she's studied hard, made her Filipino immigrant parents proud and is ready to reap the rewards in the form of a full college scholarship. And then everything shatters. A national scholar award invitation compels her parents to reveal the truth: their visas expired years ago. Her entire family is illegal. That means no scholarships, maybe no college at all and the very real threat of deportation. For the first time, Jasmine rebels, trying all those teen things she never had time for in the past. Even as she's trying to make sense of her new world, it's turned upside down by Royce Blakely, the charming son of a high-ranking congressman. Jasmine no longer has any idea where—or if—she fits into the American Dream. All she knows is that she's not giving up. Because when the rules you lived by no longer apply, the only thing to do is make up your own. (from Amazon.com) 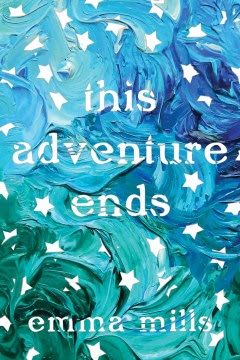 This Adventure Ends
by Emma Mills

Sloane isn't expecting to fall in with a group of friends when she moves from New York to Florida―especially not a group of friends so intense, so in love, so all-consuming. Yet that's exactly what happens. Sloane becomes closest to Vera, a social-media star who lights up any room, and Gabe, Vera's twin brother and the most serious person Sloane's ever met. When a beloved painting by the twins' late mother goes missing, Sloane takes on the responsibility of tracking it down, a journey that takes her across state lines―and ever deeper into the twins' lives. Filled with intense and important friendships, a wonderful warts-and-all family, shiveringly good romantic developments, and sharp, witty dialogue, this story is about finding the people you never knew you needed. (from Amazon.com) 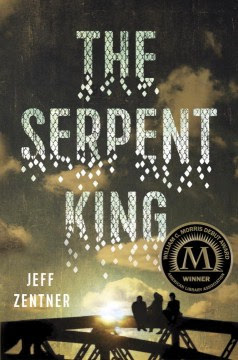 The Serpent King
by Jeff Zentner

Dill isn't the most popular kid at his rural Tennessee high school. After his father fell from grace in a public scandal that reverberated throughout their small town, Dill became a target. Fortunately, his two fellow misfits and best friends, Travis and Lydia, have his back. But as they begin their senior year, Dill feels the coils of his future tightening around him. His only escapes are music and his secret feelings for Lydia--neither of which he is brave enough to share. Graduation feels more like an ending to Dill than a beginning. But even before then, he must cope with another ending--one that will rock his life to the core. Debut novelist Jeff Zentner provides an unblinking and at times comic view of the hard realities of growing up in the Bible belt, and an intimate look at the struggles to find one’s true self in the wreckage of the past. (from Amazon.com)

Posted by Raritan Public Library at 7:12 PM No comments: