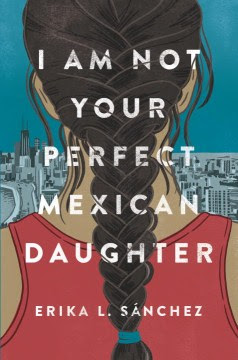 I am not your perfect Mexican Daughter
by Erika L. Sánchez 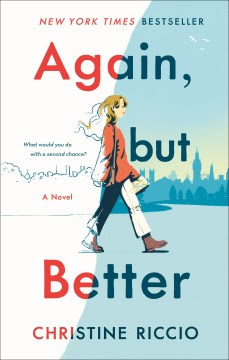 Again, but Better
by Christine Riccio

hane has been doing college all wrong. Pre-med, stellar grades, and happy parents...sounds ideal -- but Shane's made zero friends, goes home every weekend, and romance...what’s that? Her life has been dorm, dining hall, class, repeat. Time's a ticking, and she needs a change -- there's nothing like moving to a new country to really mix things up. Shane signs up for a semester abroad in London. She's going to right all her college mistakes: make friends, pursue boys, and find adventure! Easier said than done. She is soon faced with the complicated realities of living outside her bubble, and when self-doubt sneaks in, her new life starts to fall apart. Shane comes to find that, with the right amount of courage and determination one can conquer anything. Throw in some fate and a touch of magic - the possibilities are endless. 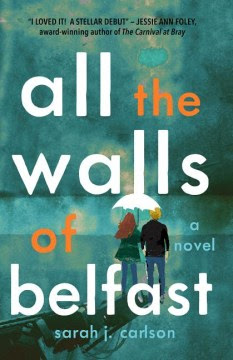 All the Walls of Belfast
by Sarah J. Carlson

Set in post-conflict Belfast (Northern Ireland), alternating between two teenagers, both trying to understand their past and preserve their future. Seventeen-year-olds, Fiona and Danny must choose between their dreams and the people they aspire to be. Fiona and Danny were born in the same hospital. Fiona’s mom fled with her to the United States when she was two, but, fourteen years after the Troubles ended, a forty-foot-tall peace wall still separates her dad’s Catholic neighborhood from Danny’s Protestant neighborhood. After chance brings Fiona and Danny together, their love of the band Fading Stars, big dreams, and desire to run away from their families unites them. Danny and Fiona must help one another overcome the burden of their parents’ pasts. But one ugly truth might shatter what they have… 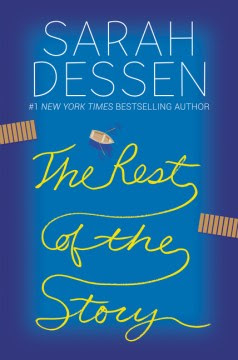 The Rest of the Story
by Sarah Dessen

Emma Saylor doesn't remember a lot about her mother, who died when she was ten. But she does remember the stories her mom told her about the big lake that went on forever, with cold, clear water and mossy trees at the edges. Now it's just Emma and her dad, and life is good, if a little predictable, until Emma, is unexpectedly sent to spend the summer with her mother's family, her grandmother, and cousins she hasn't seen since she was a little girl. When Emma arrives at North Lake, she realizes there are actually two very different communities there. Her mother grew up in working-class North Lake, while her dad spent summers in the wealthier Lake North resort. The more time Emma spends there, the more it starts to feel like she is divided into two people as well. To her father, she is Emma. But to her new family, she is Saylor, the name her mother always called her. 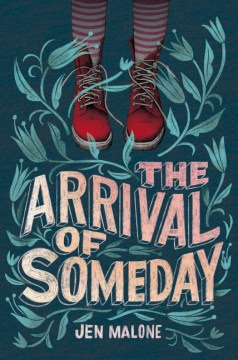 The Arrival of Someday
by Jen Malone

In this emotionally candid contemporary YA, author Jen Malone delves into the world of a teen whose life is brought to an abrupt halt when she learns she’s in dire need of an organ transplant. Hard-charging and irrepressible, eighteen-year-old Amelia Linehan could see a roller derby opponent a mile away—and that’s while crouched down, bent over skates, and zooming around a track at the speed of light. What she couldn’t see coming, however, was the flare-up of the rare liver disorder she was born with. But now it’s the only thing she—and everyone around her—can think about. With no guarantee of a viable organ transplant, everything Amelia’s been sure of—like college plans or the possibility of one day falling in love—has become a huge question mark, threatening to drag her down into a sea of what-ifs she’s desperate to avoid. Then a friend from the past shows up. With Will, it’s easy to forget about what’s lurking between the lightness of their time together. She feels alive when all signs point elsewhere. But with the odds decidedly not in her favor, Amelia knows this feeling can’t last forever. After all, what can?
Posted by Raritan Public Library at 12:21 PM No comments: